A mother duck has been captured in a set of adorable pictures caring for no less than 76 ducklings – and despite the size of the brood, her feathers remain unruffled.

The remarkable images of the common mergansers were captured by Brent Cizek at Lake Bemidji, in Northern Minnesota, the photographer’s home state.

The 32-year-old told MailOnline Travel: ‘From what I’ve been told, this is a common practice among common mergansers. 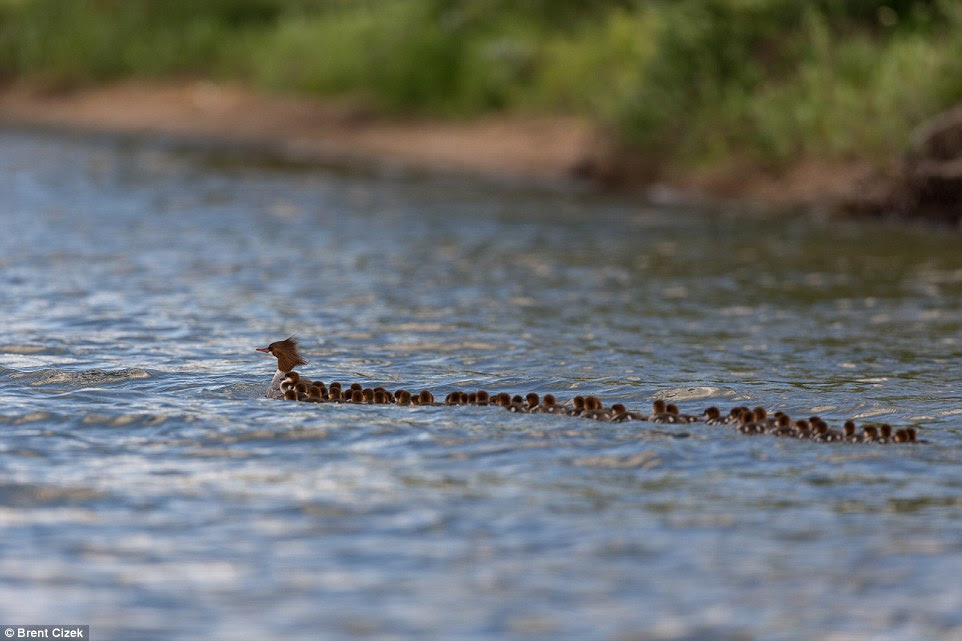 ‘Mergansers will dump their eggs into multiple nests, so when they incubate they have eggs from other mothers in the same nest.

‘However, they can only incubate up to 20 eggs. So while some of these chicks may be hers, it’s not possible for all of them to be from her. 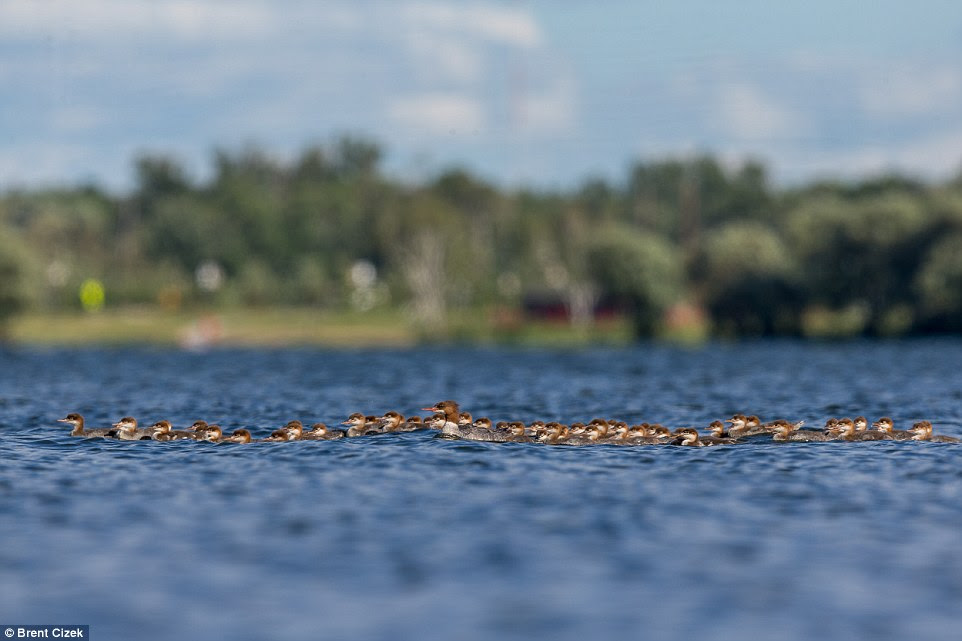 ‘She likely picked them up from other mothers when the ducklings got separated and it’s also possible that she is caring for all of the babies on the lake.

‘There is greater odds for survival if the brood is much larger.’

At first Mr Cizek counted 50 ducklings in tow, then on another trip to the lake he counted 76. In one picture he managed to capture 56 ducklings following the mother.

When he posted his images of them online they quickly went viral.

Twitter user Hannah J Waters commented: ‘Is there anything sweeter in the universe?

‘Adult ducks can’t tell which birds are theirs, and lost young birds that have already imprinted on their own mothers will instinctively start following another common merganser because she looks like mom.’

User Holly Landau joined in, too, writing ‘thank you for noticing something so awesome and sharing it with us’.

Title : See The Adorable Pictures Of A Mother Duck With 76 Ducklings In Her Care
Description : A mother duck has been captured in a set of adorable pictures caring for no less than 76 ducklings – and despite the size of the brood, her ...
Rating : 5
Related Posts: freebeat, Music, Video